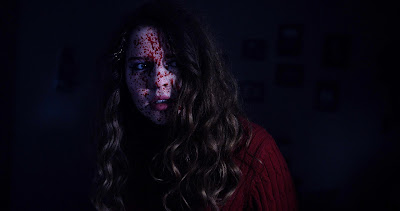 The first section was originally run on Facebook. It was then put on Filmocracy for anyone who was viewing the films there. 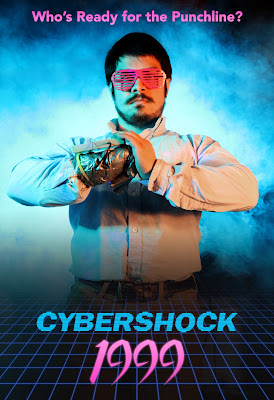 The section begins with a trailer for SECTOR S 9. Its a about a future where oxygen is in short supply. It looks good.

The CYBERSHOCK 1999 is a blast.It contains the immortal like "I never hit a woman unless she's a robot.

CARMENTIS is a killer short about a man who is trapped on a the surface of a planet when his mode of transport crashes and severely injures him. He has to get back into the before the weather changes. I've seen this a couple of times at various festivals and it delights me every time. 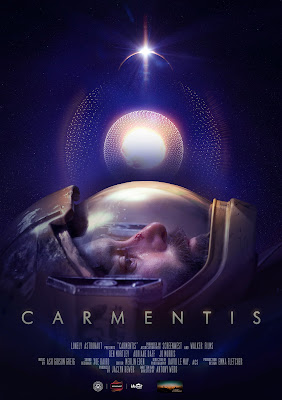 TRANSFORT- this is a super scifi time travel movie about a Nazi officer sending an expendable prisoner back in time so he can destroy a weapon that could change the the world. It's nifty little what if story.

ARE YOU IN HEAVEN is about a cult in the future and their sending someone to heaven. Its very good. 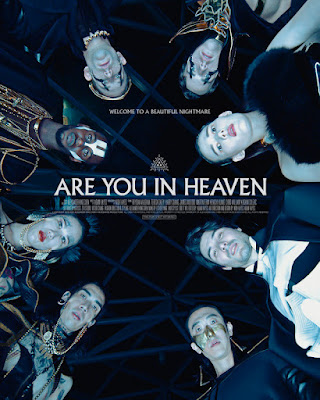 BLIND FEAR is a tale of a dystopian future where robots and humans co-exist. WHile we have been here before the film remains compelling.

POLVOTRON 500 a surprisingly good tale of a man who visits a robotic call girl.

AREA 51? 52? A vlogger gets lost trying to find where the truth is. I don't dare say more. 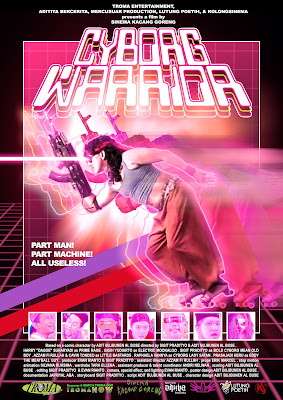 CYBORG WARRIOR A short apocalyptic film from Troma. That's all you need.

SURVIVORS Possibly the last thee survivors have to figure out if its safe to take off their protective gear. Its a neat little film.

Okay, I need to come clean, this was the last section I watched and  it was very late at night. The low key nature of them worked against them when compared to the to the other sections. While the films were all good, my feelings were over whelmed by all the other films. Additionally, my notes are minimal so I'm only going to mention the films in a passing. Hopefully I will get to see them again down the road and give them the due they deserve.

SCARE is the life of a mannequin. 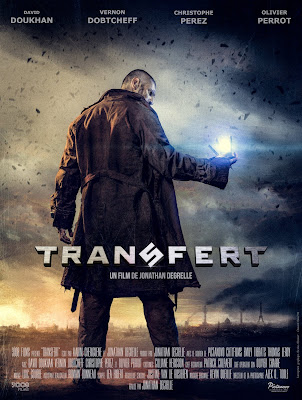 MUNE is a about a woman who fixes things.

SOLUTIONS FOR SADNESS is about a woman who gets a package that will allow her to beat the blues. 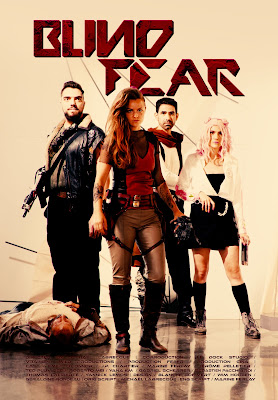 A collection of nifty horror films

THEY'RE HERE is a story I want to see expanded. This story of a young girl, her grandmother and a monster needs to fleshed into a feature.

PERFORMANCE ANXIETY- a singer has a special audition and it goes into chilling and unexpected ways. The end had me talking to the screen. 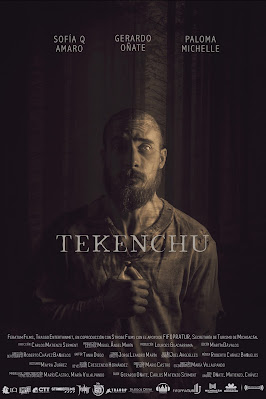 TECKENCHE -  I'm not sure what was going on in this film, but god damn it has some killer images

NO ONE IS COMING a woman and a stalker in a well done variation on a theme.

RELIC Another festival favorite has one of the best monster I've seen in years. Its the story about an awaken beast and refound relic. If this remains only a short it will be a sin, there is a great tale here. 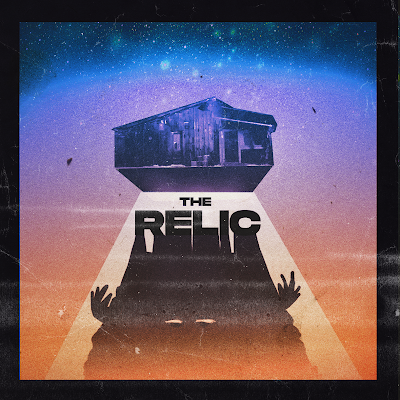 And with that I am done with this year's Cabane A Sang. I still contend that this is one of the great festivals of any year. Not just genre, but any sort of festival.

Thank you to Frank Apache and the Cabane A Sang staff- I love you all. I can not tell you how much I love that you let me dwell in your madness the last three years.