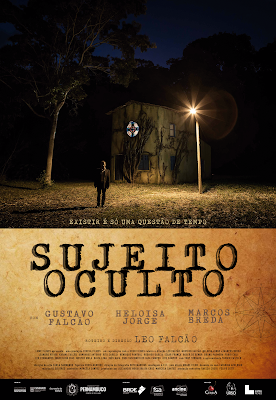 My hands are tied in talking about this film. While I could really discuss it and its wonders I would spoil the twists and turns that lie at the end of the film. While I know pretty much everyone who reviews the film will spoil it, I can’t do so. I had a blast watching the plot twist and having my eyes go wide and as the turns made me talk to the screen.

The plot of the film has a writer going to an isolated house in an isolated village to work on his next book. Not long after he gets there weird things begin happening and turns begin appearing. Something is happening in the house, in the village and in the story he is writing.

The best thing I can say is this the kind of thing I could imagine Neil Gaiman would turn into a best selling novel. Its not so much a horror film but a fantasy film and a meditation on creation. While this may not thrill those at Fantaspoa who are looking for hardcore horror, those who are looking for a clever respite from the insanity are going to be absolutely delighted.

This film screened as part of Fantaspoa 2022. For more information on the festival, please visit www.fantaspoa.com.
Posted by Steve Kopian at April 29, 2022