Until The Wheels Come Off (2022) hits VOD today 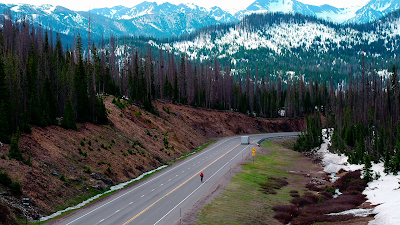 This is the story of John Tarlton who enlists his whole family when he decides to enter the Race Across AMerica (RAAM) a grueling non-stop bike race across America where participants have to average 10 miles an hour, every hour, for twelve days. Over the course of the trip tempers flare, Tarlton's body begins to breakdown and the family begins to circle the wagon.

This is a good film. Its an interesting look at what it takes to compete in a race that is not only one of the most grueling in the world, but also one most of us had never heard of. Focused largely on Tarlton it is a film that highlights the human cost of the race. If you've ever wondered what it takes to do an extreme race like this film, this film will show you.

Quibble aside this film is worth a look.