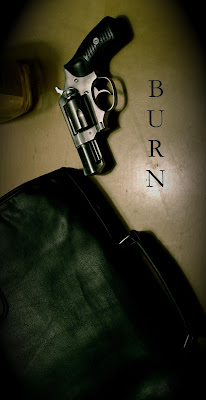 Mafia foot soldier finds his life turned upside down when he discovers his brother killed the mistress of his boss. With time running out he moves to get his brother out of town, but there are complications.

This is a solid crime thriller. To be certain the film isn’t full of bang bang shoot em ups, however the film is full of tension as everyone is found to be maneuvering each other in order to remain alive. That the film works as well it does is due to the excellent cast headed by writer director Patrick Lazzara, who don’t sleep walk through things. Additionally Lazzara’s script is well written. The turns are believable and compelling enough that we forgive it any minor bumps along the way.

To be honest BURN kind of delighted me more than it probably should have. I see a good number of crime dramas every year and while many are good, a good number of them suffer from a lack of sense of believability. It’s not a real world believability, I mean most of the films operate in a filmmaker’s idea of the crime world, rather I mean we don’t buy the world the film creates.  We don’t accept the world it sets up. We don’t believe the actions or the characters. On the other hand writer director Patrick Lazzara creates a world that we accept.  It may sound odd, but its so nice to see a film create a world that works, where we believe the characters and their actions. It’s something rare

I really like BURN a great deal and I recommend it.