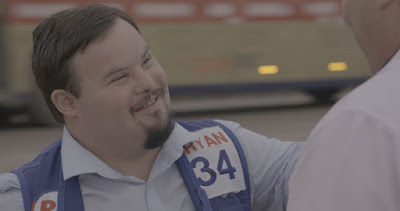 This is the story of Bryan Russel the first person with Down’s Syndrome to run for public office. Russel mades a run in the January 2020 elections for congress in Peru,

Uplifting portrait of a young man who is following his heart and opening every door that is revealed to him along the way. There is a moment early on when Bryan is being interviewed by a young woman who also has Down’s Syndrome and he talks about how the world opened up when he learned to take a bus. It’s clear from that moment nothing was going to stop him because his disability wasn’t going to stop him. It’s counterpointed by a moment a short time later when he is walking into a government building and talking about how he was tired because of his disability and the young woman he is with reminds him that he has to push on and not make an issue of it because it will be held against him.

This is a lovely film that is a reminder that people really can do anything, despite some people thinking they can’t. I smiled at the film from start to finish.