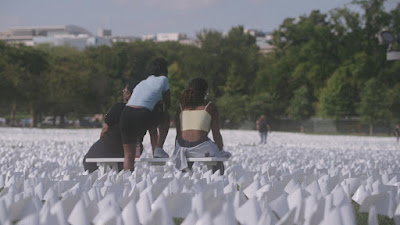 not even for a moment do things stand still
This quietly moving film left me unexpectedly misty. A 15 minute observational documentary chronicling the reaction to an art exhibition involving white flags on the National Mall. Each flag represents  a life lost to Covid. At the time of the exhibition it represented over 700,000 deaths. Even if you think you are immune to being moved you will be. 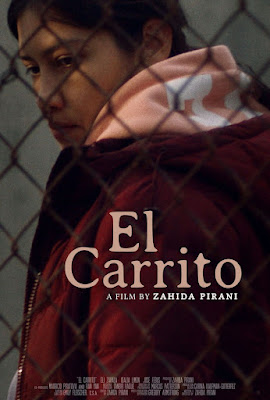 EL CARRITO
The life of a young woman from Latin America who makes money selling fruit from cart in New York. As someone who has had dealing with similar ladies over the year this film really hit home. It makes clear how hard their lives are. This is a super film, and one I would love to see expanded into a feature film, because there is so much here we should know. Recommended. 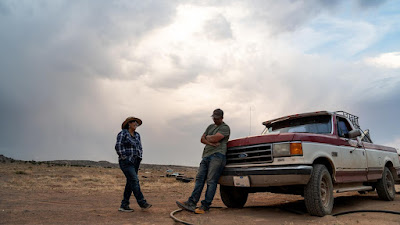 BIG WATER SUMMER
Several months in the life of Coffee Pot Farms, a small farm in Navajo country that is trying to get up and running so they can help provide good food to the Navajo people. We watch as they go to farmer’s markets, deal with the cold and try to get a government contract to help seniors get fresh food. While the film can be a little too preachy at times, its still good time with good people.  Recommended 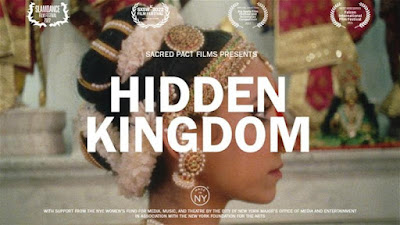 I saw this as one block of films running roughly half an hour and I really liked it. I loved how the films called back to each other and you were dran into the world of dance. I’m curious how this will play as separate episodes. Honestly I don’t think I would have liked it as much because I liked being in the dance space for an extended period of time. For someone who tends to shy away from episodic series this is an unexpected joy and recommended.