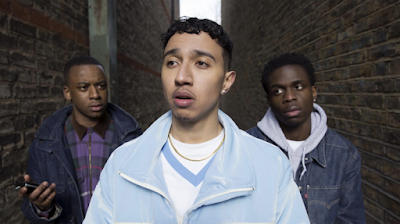 On the eve of the new Millennium, three friends prepare for the big night aware that there are big changes coming their way.

This sweet and lovely slice of English life is a small gem. While never reinventing the wheel it scores by giving us not just a bunch of characters we can really like but also  a taste of England two decades ago. That may not sound like much, I mean we aren’t so far away but it was at a time that was before our innocence went away, before 911, before the rise of the far right and covid. Yea there are hints of the darkness to come but at the same time the return to that time when we could have a kind of wide eyed wonder at the world and it no seem completely foolish is a plus.

I really like this film a great deal. Its nice to see a film where the biggest problem is trying to hang out with friends and win the affection of the perfect girl.