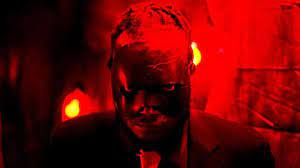 Overweight boy who was abused as a kid grows up to be a psycho murder who forces his victims to play games before he kills them. When the new generation the gang he used to run with break into his house he gets revenge for the abuse.

While this could have been a serviceable little horror film, with dreams of starting a new franchise the film is sunk by a strange tone that leaves us never certain about how we are supposed to feel about the proceedings. Is this a comedy? Is it satire? Is this a horror film? We don’t know and the result is a film where we are getting mixed signals as things that could be scary are under cut by humor and jokes fall flat because of the gruesomeness of what we are seeing.

I don’t hate it but I am disappointed because there is something here but the filmmakers never really find it.