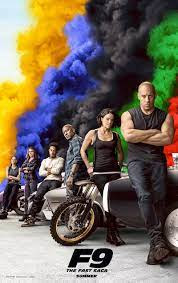 F9
Ninth film in the never ending franchise is the first one in probably five entries that left me feeling like the series has outworn it’s welcome.

The plot has Dom and his crew chasing down a stolen spy item taken by his “evil brother”. It’s a tale that takes the crew around the world and into space and brings back all sorts of familiar faces, including some previously dead characters. It’s a badly plotted film full of animated sequences where nothing is real and all the fun has been sucked out of it.

This is an artificially constructed film that exists just to take as much money from the public while  giving everyone involved a paycheck. 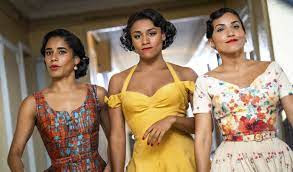 WEST SIDE STORY
Steve Spielberg remakes a Hollywood classic and makes it better than it has any right to be. Freshened up by Tony Kushner the film is a bit closer to reality than the previous film.  This is a Hollywood film of the sort that they don’t make any more.

Hurt by wildly uneven performances, ranging from Ansel Elgort invisibility as Tony to Ariana DeBose Oscar Nominated role as Anita and Rita Moreno as Doc’s widow who are both glorious. This is a film a begrudgingly enjoyed.

Now if we could only get the estates controlling the material to allow a version that isn’t tied to the choreography and other bits then the material could move into the current century.