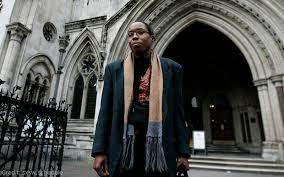 This is the story of Yvonne Bradley who acted as the defense council for suspected terrorist Binyam Mohamed. He had converted to Islam and traveled to Afghanistan right before 911. As the Americans invaded he tried to get back to England via Pakistan. Unfortunately he had a forged passport and he ended up arrested and sent to Guantanamo.

This is a solid explanation of how bad things happen to good people. It's shocking tale of an innocent man being punished but also a tale of how a lot of people refused to speak up and not say a word even when it was clear that something was wrong because they didn't want to rock the boat.

While the telling is a bit dry, this is a must see  in an age where this sort of thing is likely to happen again