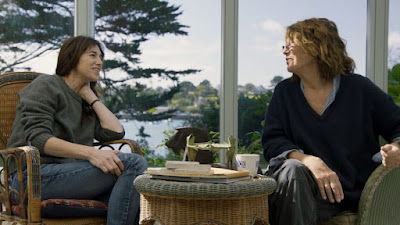 JANE BY CHARLOTTE is Charlotte Gainsbourg  spending time with her mother actress and singer Jane Birkin and trying to find out about the woman herself. Not mom, not the media figure, but the person on the inside . It is the film I wish I could have made about my mother.

The film has floored me. Part of it is that I was expecting a conventional biography and instead I got something deeper and more meaningful. The film is a deep exploration of the parent child  dynamic that speaks volumes about how we see ourselves and our parents and our children.

This is one of the best films of 2021.  Highly recommended.