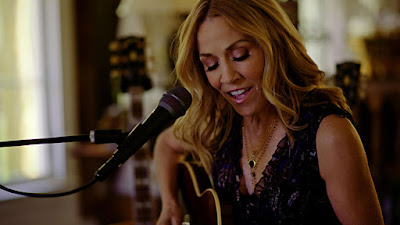 SHERYL is a look at the life and ties of muscian Sheryl Crowe. This is Crowe's story in her own words that is supplimented by the words of her friends (Emmy Lou Harris, Keith Richards, and others), family and music.

While SHERYL is really good and enjoyable, it is pretty much exactly what you'd expect from a music documentary. While full of surprising stories it never ges far afield in telling the story many of her fans know. While far from bad the stand issue delivery, and lack of unexpected revelations, kind of keeps film from truly soaring.

Still if you are a fan of Crowe or just like really good mmusic bios, this film can't be beat.