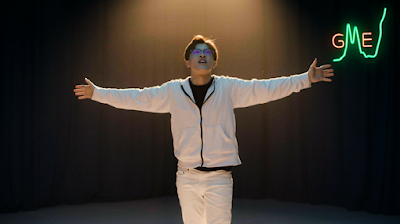 This is the story of the regular joes who took on Wall Street and caused a sea change when they decided to save Game Stop.

I’m really mixed about this film. On the one hand it is a really good explanation of what happened and why. On the other hand it is put together in a wild and wacky way that mirrors many YouTube documentaries on various subjects. It has lots of seemingly random images cut together in a goofy way. It translates to the point where one of the figures being interviewed is wearing a knights helmet. It’s amusing for a while but then it becomes distracting. Worse it makes the whole affair seem kind of childish. Yes barbarians did storm the castle and brought attention to the insanity of the stock market, but at the same it had serious repercussions that people might dismiss because of the lighter tone.  I say this because I think the light tone works against the film making the whole thing seem less important than it is. It’s a shame because the reporting is excellent, the tone is not.

Worth a try, though perhaps wait for the MSNBC screening rather than shelling out money.