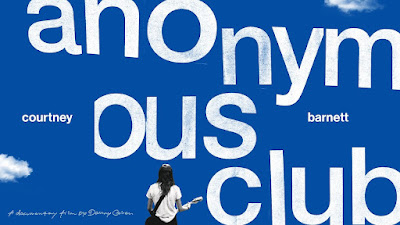 Anonymous Club is the story of notoriously shy singer Courtney Barnett over a three year period as she tours for her then current album. The film is fly on the wall material shot by director with her Dictaphone audio diary used as narration to link it all up.

Not to put to fine a point on it this film has some of the best concert footage I’ve ever seen. The images that Danny Cohen managed to capture made me go wow over and over again. I was in absolute awe of what I was seeing.  The images married to Barnett’s music are truly something to behold.

Just as good is the behind the scenes material. Clearly the shy Barnett trusted Cohen because she allowed him to be everywhere and film everything. How much material did he shoot and will we ever see it?

The best thing I can say about the film is that when it’s firing on all cylinders it does what every concert film should do which is not only delight the fans but also win converts from those like me who have no idea who the performer is.

As good as most of the film is there is one thing that may end up as make of break for many people and that is the narration. As I said at the start this is an audio diary and as such Barnett lets it all flow. It’s great in that we get to know her through her own words, but it can be overwhelming. Barnett is not always a happy person and the down beat nature of her words often overwhelms the joy of the images. Yes, there is a progression away from “depression” but at the same time it can be hard to listen to it.

Narration aside, I like the film a great deal. It has some of the most amazing things I’ve seen on screen this year.