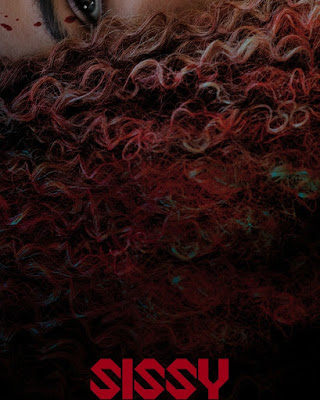 Back frm the fest and ready to party- Liz Whittemore of  Reel News Daily pops in with a look at the SXSW midnight film SISSY.

Synopsis: Cecilia and Emma were tween-age BFFs who were going to grow old together and never let anything come between them until Alex arrived on the scene. Twelve years later, Cecilia is a successful social media influencer living the dream of an independent, modern millennial woman… until she runs into Emma for the first time in over a decade. Emma invites Cecilia away on her bachelorette weekend at a remote cabin in the mountains, where Alex proceeds to make Cecilia’s weekend a living hell. #triggered

Catty, protective, territorial; girls can be the worst. Mean girls made my life a living hell for years. Everyone I know has a story involving them. SXSW22 Midnighters world premiere SISSY addresses them head-on.

Slow clap for the editing in SISSY. It is clever and engaging from the beginning. The tension in the script is a deliberate build, sort of like ascending a rollercoaster, knowing that that first drop is coming and will be one many. But there are moments of silliness that cut through the anticipation. Overall a slick structure that never lets up. Trust me when I say you will not see where this leads. The practical FX are so tight I exclaimed, “Oh, F*ck,” at one point. There is no better an endorsement than that.

The chemistry between Aisha Dee and Hannah Barlow (who co-writes and directs with Kane Senes) is magic. You believe they were best friends when they were twelve. Fast forward 15 years or so, and things look very different in their relationship. But, best friends never really lose their groove. That is until someone comes between them. Aisha Dee is our true leading lady, and she friggin kills it. SISSY obliterates your moral compass.

SISSY tackles unresolved childhood trauma most darkly. Combined with the influencer angle is pure genius. SXSW22 audiences are going to love this. You root for all the wrong things, and therein lies the brilliance.