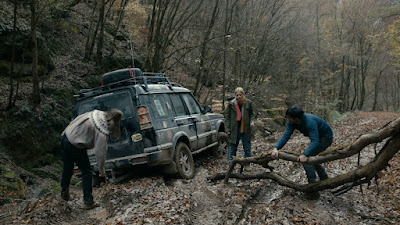 ÎNTREGALDE is getting some bad write ups about  it's plot. I don't blame the festivals, I blame the producers who don't know how to really describe the film and are selling it as something it's not a thriller. The film is in actuality the story of some people dropping off food packages to needy people in rural Romania. Things happen and things get tense, but the film never crosses into anything that you think of as a thriller.

I mention this up front because I read the description of the film from the New York Film Festival and thought "Oh boy this is gonna be good". I arranged to get a screener and was set to go. Then I talked to some people who were at the NYFF and they told me the film is good but they felt their expectations based on the write up wrecked their enjoyment.

For me this is a very good film that is its own things. It tickles several genres but never is close enough to actually fall into anything other than a drama. I like the film enough I wish I had seen it on a big screen because it's a beautifully shot film. 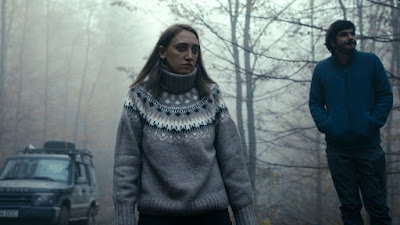