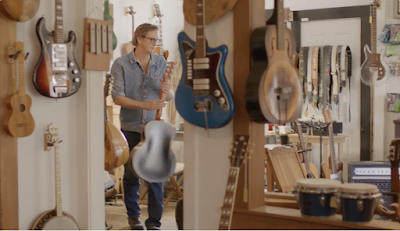 Portrait of Reuben Cox, who makes various types of stringed instruments for some of musics biggest acts. Cox has a knack for making instruments with special audio qualities.

This is a really good doc on a one of a kind craftsman. The film is full of great stories and some trully amazing music. This is a super film. While it desn't reinvent the wheel, it cmmands our attention

If there is any problem with REALLY GOOD REJECTS is that it doesn’t seek to reinvent the wheel. Despite a great subject and a great story, the film looks exactly like any number of similar films. Then again you don’t watch this film for how it looks but for how it sounds, and between the sound of the stories and the music played it sounds wonderful.

That said the film is still good times with good people and is recommended.