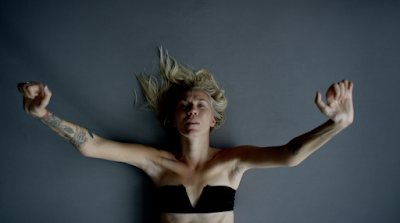 MOVE ME is the story of the film’s co-director Kelsey Peterson, who dove into Lake Superior and ended up paralyzed.  Kelsey was a dancer struggles however now she finds she is forced to get around in a wheelchair. As she is trying to figure out which way she wants to go she is given a chance to choreograph a new piece for herself.

While there have been a number of films  on people dealing with a disability, few films have been this intimate. There is no fourth wall. Peterson is simply there, right there, living her life discussing everything. There is no filter and we are better for it. If films like MOVE ME want to show us what life is like then the need to learn to filter less.

I was moved. I fell into Peterson’s story. I love how we see not only her journey but that of her friends and family as well. We come to understand the ripple effect the accident had on everyone around Peterson.

This is a super film and is recommended when it plays Full Frame and Reel Abilities.