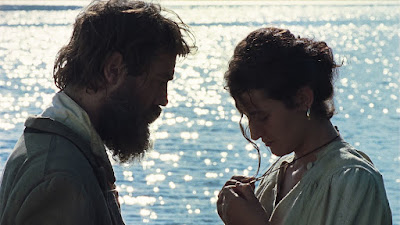 TALE OF KING CRAB has haunted me from the first frame. It is a gorgeous film that reminds me of the films that helped me fall madly and passionately in love with world cinema. Directors Alessio Rigo de Righi and Matteo Zoppis have created a masterpiece that will stay with you for a long time.

The film is based on a story the directors heard when they were making their documentary IL SOLENGO. That film was the story of the resident of a small Italian village told by the villagers. It’s a film that echoes in the opening moments of King Crab when a bunch of villagers are sitting around shooting the breeze when one of them tells the story of Luciano. He was a man from the village who lived at the turn of the twentieth century. He wanted to live his own way and ran into all sorts of problems. For example he got into a battle of wills concerning a closed gate that a local prince wants locked for no good reason. Events eventually push him to travel across the Atlantic to try and find a treasure in the Americas.

This is grand filmmaking of the highest order. This is a film that made me think of the finest Italian cinema of the last 60 years. I’m talking of the works of  the  Taviani Brothers. ​Ermanno Olmi, ​Luchino Visconti, Bernardo Bertolucci and others. The look and feel of the Italian countryside is mythic and epic. Its also tactile. You can feel, smell and taste the places we are seeing.  This film is very often the definition of writing with light since the composition of the image deepens and enhances the action and characters the way whole paragraphs put us into the head space in a novel. The spaces the characters in habit, speaks volumes about their inner terrain.  As I was watching the final sections of the film, the rocks and the ocean matched -Luciano‘s heart.

This film is a kind of great cinematic novel.

You’ll forgive me if I don’t do a deep dive discussion of the film but I am still processing the film. I received the film about 24 hours before it played the New York Film Festival. In order to try and be timely with the review I put the film on figuring I might be able to bang something out quickly…and then the first images hit the screen and I fell into to the Italian countryside and I haven’t quite come back yet. I keep finding myself turning over the events and so I’m bouncing between locations in my head.

I am stunned. I didn’t think anyone was making films like this anymore.

My only question regarding the film is why is this in the Currents section of the New York Film Festival and not the Main Slate or Spotlight. Currents, which tends to be about more experimental films, is a place many people won’t venture. This is a fantastic old school epic. This is the sort of film that will win over new generations to the wonders of world cinema

TALE OF KING CRAB is a must see. More so if you can see it on a big screen- which frankly is the best way to see it. 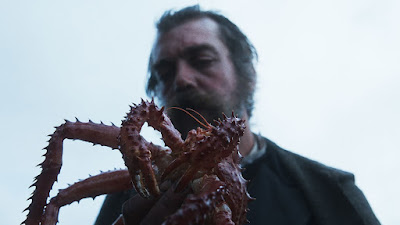