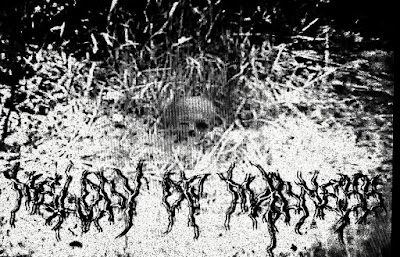 There are six sections of short films playing Cabane A Sang, all with the banner MIXED MEATS. If you want to know why the festival is one of the greatest I've run across all one has to do is look at the films they program. No one else schedules as many shorts good and great shorts.

God bless Frank Apache and the programmers of Cabane A Sang because every year their short selections renew my faith in cinema. I'm serious, they do. They pick all sorts of films that show the wide variety of films and it makes me realize that there is more than big huge Hollywood crap.

Here are my thoughts on the first two meats: 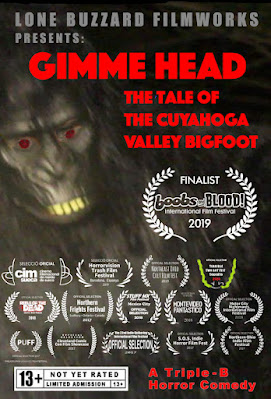 The section opens with a trailer for a film called GIMME HEAD about a  killer bigfoot who goes around and kills people by tearing off their heads. I want to see the full film.

REAL KILL JOY is the story of a zombie killer who is the object of affection of another woman she speaks with via the radio. It's a great deal of fun. 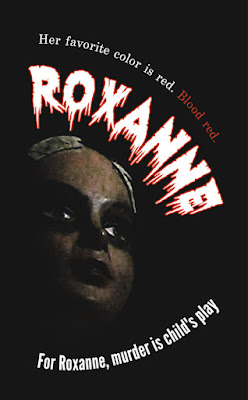 ROXANNE is a creepy film about a mannequin looking for her hair.

KNIT OF THE DEAD is fun. Its about an older woman who deals with zombie intruders to her house with martial arts and knitting materials.

MELODY OF MADNESS is a grainy black and white trip into a killer's mind.  Some of this is truly disturbing. 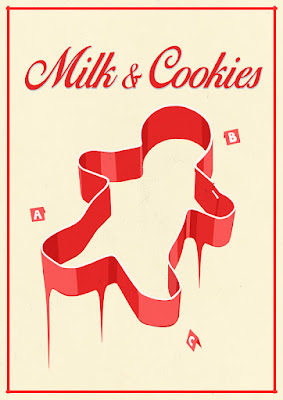 MILK AND COOKIES is one of the best Christmas shorts I've seen. Its the story is a young boy who wants to kill Santa. You may think you know where this is going but the truth is, you don't. One of the nest films I've seen in 2022.

SHEIGALA VAMPIRE BUSINESS WOMAN is the story of cosmic beings battling it out for humanity. It's a kind of throwback to the 1970's or 80's fantasy films. My question is where is the next part. 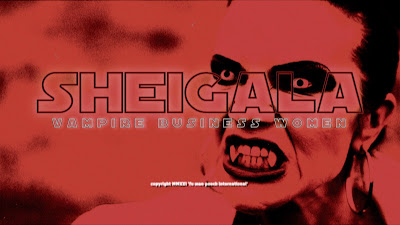 LIKE ME DEADLY is a wicked satire about an influencer and how she handles a home invasion. Its funny and not funny.

BOBBY PINWHEEL THE MOVIE- an evil clown goes to a childrens party. A twisted animated film that is really gross...and a lot of fun. 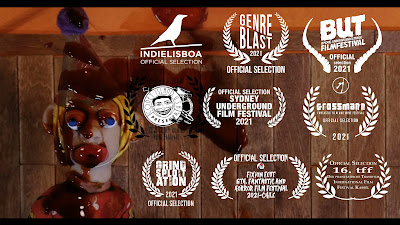 This opens with a trailer for KILLER REFRIGERATOR 2...which means I will have to chase these films down.

SHC: FREAK ACCIDENT Found footage film of a freak accident. This is a good little film. 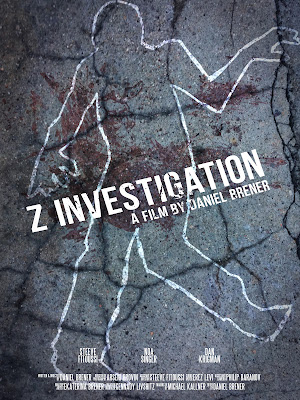 Z INVESTIGATION begins with the police walking through a murder site with a confessed killer...then the zombies attack. Nifty little short.

Apologies I have no comment on PISS TEA. Its not that it's bad, more that its a WTF eye poke you need to see.

AXE AND IRON is another zombie apocalypse tale about jealousy and survivors. Its a mix of zombies, romance and comedy. 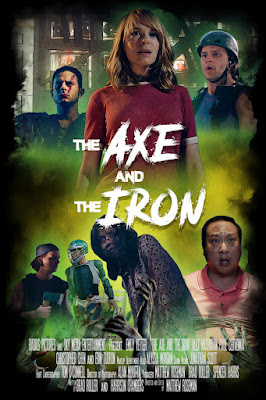 THE REVEAL is a dire warning why sometimes you should NOT do what your lover asks you to do. (And I can absolutely relate to this film)

SHINY NEW WORLD is another one of the best films of 2022. Its a recruiting video for a company that cleans up after supernatural messes. (Think about cleaning up the cabin in EVIL DEAD). Absolutely brilliant.

KARAOKE NIGHT is the story of what happens when a man tries to pick up a young woman. This is a nifty film that I can't really discuss because of the way the film turns. 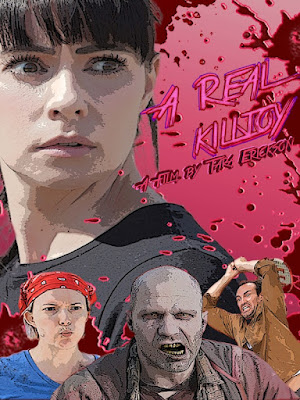