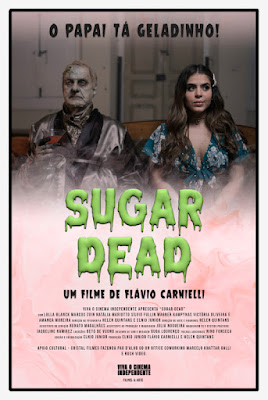 This time out I'm breaking with the one rule of Cabane A Sang which is watch the films in the order that Frank Apache and the programmers set up. The reason that is because they set up the films to play off each other. I messed with the order and went for the features and stand alones which made the experience a bit bumpy.  At the same time most of the films taken their own terms the films are all really good.

LA PUTA ES CIEGA is a punk rock underground look at the darker side of Mexico City. Its a visceral gut punch where some pieces of this "shot on video" throw back are better than others. If you are punk rock to your core this film is for you- and remember PLAY THIS MOVIE LOUD

KARRRIM HUNSSAN AND THE REVIVAL IF GENRE CINEMA IN CANADA is a seven minute look at Hunsan's work and how it influenced filmmakers in Canada.

NIPPLE WAR 3- a news producer has to mosaic a nipple in a picture and it causes all sorts of problems. Lightweight, but amusing tale seems oddly out of place at the festival. On the other hand the lightness is a nice change of pace. 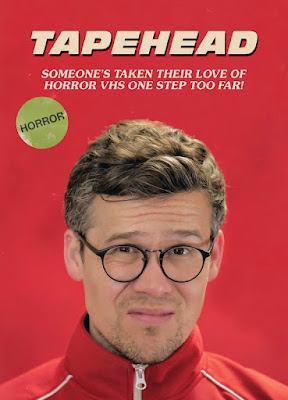 TAPEHEAD- a VHS junkie goes to extreme lengths to get the tapes he wants - with dark results. Nominally a comedy this turns dark. Think of it as the dark side of the collecting

SUGAR DEAD- a naive young girl signs up for an agency that hooks her up with a sugar daddy...zombies.

SQUISH while playing with his son a father causes something to go squish. Moody black and white photography make this tale of an awkward stiuation work. 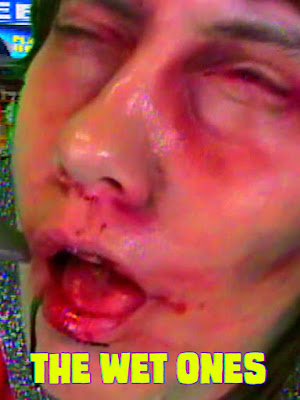 WET ONES- love it or hate it WTF film is probably best if you are in an altered state. This wildly overlong film (its two hours and 18 minutes) is a mish mash of live action, puppets and crude animation. Don't ask me what it's about, I'm not certain. I do know that this was the first Cabane A Sang film in three years that I had no idea why it was programmed. This film takes the notion of trash cinema to the extreme. I freely admit that the extreme length worked against it and I wandered out for a while during it.

VOYEUR(S) was only in French so I really can't comment on this film which has something about a hotel owner watching his guests. 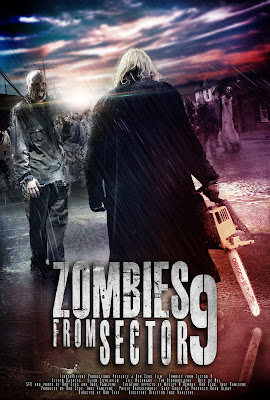 ZOMBIES FROM SECTOR 9- no budget zombie film is one of the best I've seen in a while.  While not destined to be hailed as the great zombie film ever SECTOR 9 out scores many other similar films by having its heart in the right place. The story of a down on his luck guy turned zombie hunter may not be new but it is heartfelt and the filmmakers believe in its tale. Best of all the film doesn't make fun of itself but plays things straight. It knows it has no budget and goes for it, never making excuses, just telling the story. Clearly there is love before and behind the camera with the result that we fall into the film and like it. 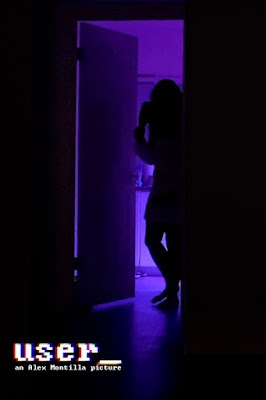 The DEAD SEXY collection consists of four films dealing with sex and death. SCORPION IN A BED OF ROSES has a serial killer preparing for a meeting with a woman who is giving herself to him. Its a film that works because the execution lifts it up into being something special. USER is a creepy tale of a cam girl and one of fans. GORGONAEAE has a man taking two women home to bed and it going unexpectedly.  Its a trip. 3 GUYS ONE READ BED is another trip as a tryst goes really really wrong.

The COLOR BLIND section is actually two black and white films. The first is a INEVITABLE SILENCE in which a "self help" meditation tape prepares us for the silence and aloneness of death. Even with the beautiful women, or because of it, it is a deeply disturbing look at our eventual end.  The film is paired with the shot on 8mm silent feature LE ACCELERATOR. Its the story of a hitman meditating on death and fighting various people. This is a wonderful one of a kind film that I wish I had seen on a big screen. It  reminds me of my 8mm days, while at the same time it shows the masterful handiwork of director Thomas Eikram who uses the limitations of the form to make something truly special. I want to see what he does next... right after I watch this film again. 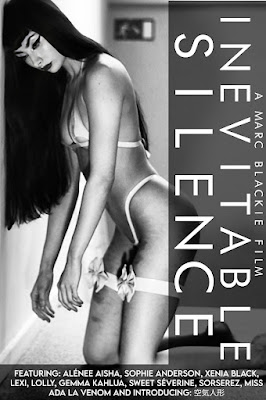 Email ThisBlogThis!Share to TwitterShare to FacebookShare to Pinterest
Labels: cabane a sang 2022