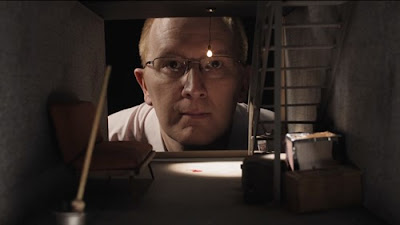 This film is a trip. It’s a film that reminds me why I love a well told story.

This is a hell of a story. It’s a story shrouded in in shifting memory and the cover stories that you tell children. It’s a story that doesn’t go where you think and as a result becomes one of those great films where you lean in to. You want to know how this is going to play out. I was hooked from the start and just hung up on two people who called me during the screening.

I want to much to tell you about the film, but I don’t want to spoil the twists.

I will say that I love how they used dioramas instead of actor recreations. It gives the film a unique look that makes it so much more special.