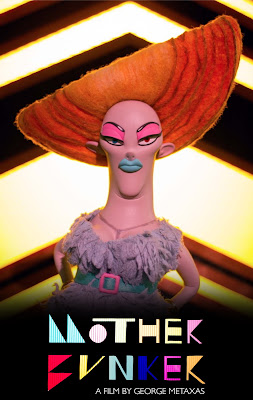 And before I start I should warn anyone thinking about doing the fest the films can contain nudity and extreme violence and graphic sex. Leave the kids home and if you don't like your buttons pushed stay away

The 50 minute THE DEGENERATES is absolutely not for the faint of heart. Based on the Robert Beckowitz murder case where a couple recorded their murder and dismembering of Beckowitz, this a grainy VHS looking video of the killers having "fun" with the dead body. If it wasn't for the key cards and modern cars this film could pass for an actual VHS murder video. Its one of the more disturbing things I've seen in a while. 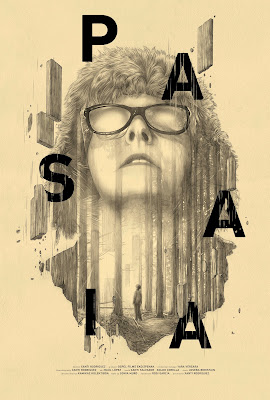 THE ANIMATED collection is stunning.  MOTHER BUNKER is a killer post apocalyptic tale about a robot performing in human drag for an all robot audience. Its a masterpiece on every level. OH SAY CAN YOU SEE is a button pushing film of anti American button pushing. And it's really good. COYOTE I saw a while back (review here) its a singular vision about a coyote who is killed by wolves.

BAD ACID TRIP is a collection of shorts that are all wild trips. PASAIA has drunk man haunted by women with no eyes. It's black and white images will haunt you. THE RISE is a shared acid trip involving an attempt to contact god. It's wild. YARN is about a dying young girl connected to this world by yarn. Its very good. TRANVIA is the best of the bunch and another masterpiece about a woman on a an empty trolley to hell. 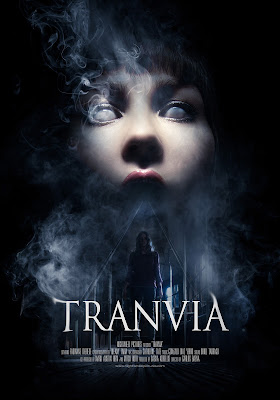 CANDY is a good if a bit too long story of a girl who can control the lights at an intersection by eating colored candy.  It's clever but hurt by over length. It does get bonus points for being shot about  20 minutes from where I live.

CAT CALL is  feminist manifesto about a woman who goes around killing men in graphic and incredibly over the top means. Blood doesn't flow, it floods. As musing as the kills are I lost interest at a certain point because there wan't enough here to support the run time.

COLD BLOODED has a woman getting revenge on her ex. 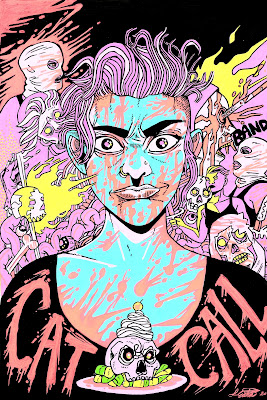 INTO THE FOLD is the story of what one man will do to join a heavy metal band. Its good but is almost to sedate compared to many of the other films.

And now back to the fest. More reports soon.Go to https://cabaneasang.com/ for information. 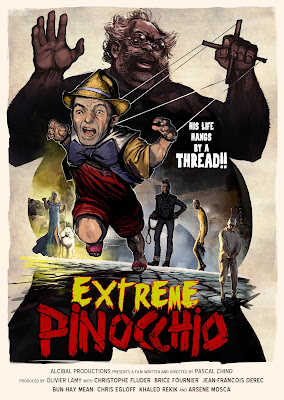