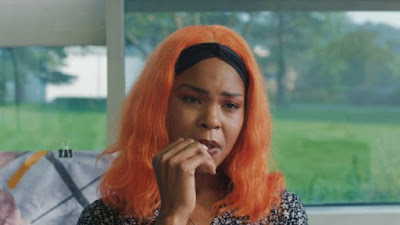 The annual Museum of Modern Art  Film at Lincoln Center tag team  film  festival New Directors New Films starts this week. This annual festival show cases new films from newer filmmakers that are making waves across the world. The films tend to be more art house than grindhouse. This is a fest that is more aimed at more serious films.
I know, that may have turned those of you who love Hollywood’s blockbusters away, however, at the same time they always screen a number of films you may not see anywhere else.  If you want to see smaller films that are worth a look this is the place to go
I should say that I know there is no way you’re going to come out of this festival loving everything. It’s not possible since the films selections are all over the cinematic spectrum with films covering everything you can imagine literally from art house to the grindhouse. (While they don't dwell on the grindhouse they do occasionally visit it as when a few years back they screened the action masterpiece THE RAID).
As this posts I’ve seen a good number of the films and once again the selections are all over the place. There is the wondrous FIRE OF LOVE about the romance of two vulcanologists, CHILDREN OF THE MIST about a young woman in danger of becoming a kidnapped child bride, to the moving dramas  PILGRIMS ,ONODA 10,000 DAYS IN THE JUNGLE ,one of my favorite films of the year, about a Japanese soldier who spent decades in the jungle, and ONCE UPON A TIME IN CALCUTTA about the change of people and places in the title city. Each film looks and feels different from each other despite falling into similar categories. I have not liked everything, however I completely understand why everyone was programmed. 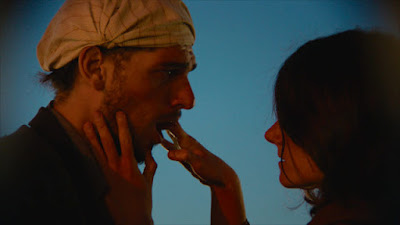 Lest you think that I am saying something bad by admitting there were films that I didn’t like, I am not. I don’t think the programmers are aiming to give you a great film out of the box every time, rather I have always thought that the fest aimed to show the appreciative audiences where cinema might be going. As I said above, the films are coming from new and newer filmmakers. They are telling stories we haven’t heard before and/or pushing the boundaries of what cinematic story telling can be. I see as many films in the series every year not because I expect to like everything , but rather to have my mind opened about how the rest of the world sees film and the big screen mode of telling stories.
If you love cinema and want know what it can do, really do beyond the visual effects, you must attend New Directors every year. 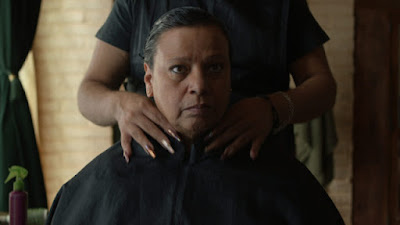 As I said I’ve seen a bunch of the films. Some like these saw previously:
FIRE OF LOVE
NANNY
RIOTSVILLE USA
CATHEDRAL (This is Liz Whittemore's review from Sundance. We will be running another review closer to the play date)
And these I saw for the fest....
HOT IN DAY COLD IN NIGHT is Park Song-yeol's mannered film about a couple trying to make ends meet. Its a quirky film whose charms are going to delight many in the New Directors New Films audiences, who are the sort to like the off kilter. I don't have much more to say about it than that.
SINGING IN THE WILDERNESS is a documentary about a Christian church choir in Little Well Village in China. The film follows as they rose to prominence, and were co-opted by the Chinese government.  Its a thoughtful film that covers a great deal of territory from life in general, to notions of belief as well as government inference. Its a film that is deceptively simple,  hiding a complex under belly. Its a film I have to sit with before I can write it up fully. As such consider this a pointer.
I have also finally seen Dos Estaciones. I am not going to review the film. I mention this because I know the chatter out of Sundance, which in some circles was insanely, great,  influenced my feelings. I want to sit with the film and go back in. Similarly I'm not attempting THE CITY AND THE CITY because I know I am the wrong one to write it up.
Full reviews of several more films will follow close to the time they screen at the festival.
For more information and tickets go here. 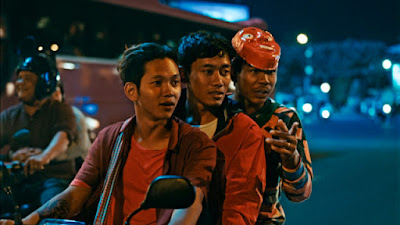 Email ThisBlogThis!Share to TwitterShare to FacebookShare to Pinterest
Labels: ndnf 2022