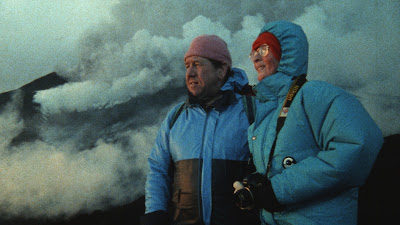 This is the story of volcanologists  Katia and Maurice Krafft who met and fell in love with each other and earths firey mountains.

What I love about the film is that the film doesn't try to tell us everything, and in so doing does. Nominally it is about these two people, but the telling makes it into a myth. Not in the untrue sort of way, but the myth that gets at the hidden truth of human existence. Its exactly th sort of thing that Werner Herzog strives for in his films where he will bend things toward the fantastic to give us a great truth. I don't think anything was bent, I just thing the shaping was a bit more mythic than the reality. And this is fine because it puts the love story on the level of the massive and over powering volcanos

I can't say this enough film moved me to tears.

A must see, this is one of Sundances and 2022's truly great films 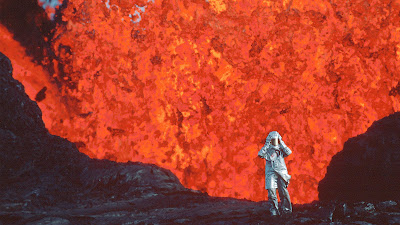