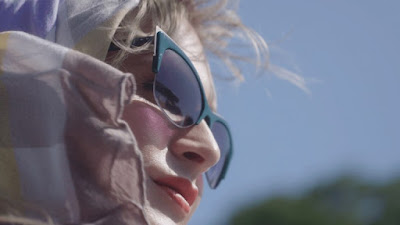 After discovering case files from a 1950s gender clinic, a cast of trans actors turn a talk show inside out to confront the legacy of a young trans woman forced to choose between honesty and access.

If you think trans history is something new, Sundance 2022 documentary Framing Agnes is about to blow your mind. Director Chase Joynt, sociologist Kristen Schilt, historian Jules Gill-Peterson, and trans actors Zachary Drucker, Angelica Ross, Silas Howard, Jen Richards, and Max Wolf Valerio all play dual roles. The doc is structured in reenactments of the 2017 discovered files from Dr. Harold Garfinkel’s UCLA gender health study in the 1950s. Christine Jorgensen‘s glamourized story plays as a backdrop for the media. In many ways, trans women find it difficult to avoid. Through the UCLA transcripts, we learn about the varied physical and emotional difficulties they endure daily. The interviews are presented in a 50s era talkshow format, spotlighting the sensationalized platforms of the past all the way to the Katie Couric interview with Carmen Carrera and Laverne Cox. This experimental mesh of styles would also present well in a live stage format. It’s an important film that further enlightens us of the plight of the trans community. Framing Agnes melds past and present in a beautiful way. While it’s a personal film for the cast and crew, it will also hit home for a wide range of viewers.