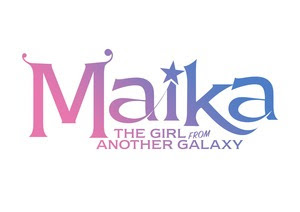 I should not begin a review this way but flat out there is absolutely no way in heck (this is a family film) that MAIKA THE GIRL FROM ANOTHER GALAXY should work.  Its an ET riff off with uneven visual effects, goofy humor, and is aimed squarely at the family audience. By any the standards of recent cinema trends this should be film that parents park their small kids in front of while they go off and do other things...yea thats what this should be. The reality is this is charming delight that will  make parents smile just as much as the kids and turn it into a new family favorite.

The plot of the film has 8 year old Hung dealing with the death of his mom. He doesn't seem to connect to his dad, and his best friend with who he flew model airplanes has moved away. He ends up meeting a strange little girl with purple hair named Maika when he goes to investigate something that crashed in the mountains outside his town. As she tries to locatet he missing friend she ends up making new friends and finds danger with someone ales aware of Maika's friend. 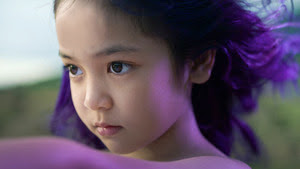 I smiled from start to finish. A laughed and got misty and had a grand old time...and when it was done I wanted to see it again.

I know the reason the film works is because of the cast. Everyone from top to bottom, whether they are playing a goofy characters with odd hair, or normal people sell their role. Everyone no matter how small a part is fully invested so we buy the silliness. It also makes the emotions deeper. We become instantly attached to everyone so we truly care about what happens.  Because this film is about characters everything else falls away. Yea, the effects are good but not great, but we don't care, we aren't watching for the images but for the people. 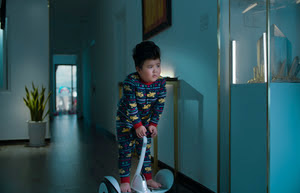 Yes I had asked for a screener for this film, but I became more interested when a friend who got the film before me emailed to say that I had to see the film becase they had a blast seeing it. I was intrigued. And then when it was done I emailed a friend who was also covering Sundance to tell her to watch the film and that she might like it more than her kids.

Yes it's that sort of a film. 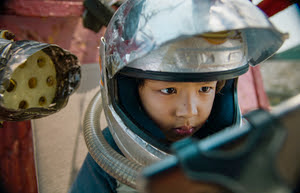