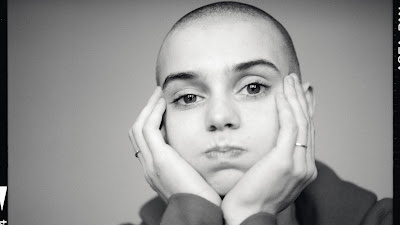 I should say at the top of that while the film is called Nothing Compares as a reference to Sinead O’Connor’s biggest hit, the song is not heard in the film because the Prince estate refused to allow Nothing Compares 2U to be used in the film. I say that because I kept waiting to hear the song.

This is a warts and all look at the life and times of Sinead O’Connor in her own words. Full of film and photos from her life it is a trippy, one of a kind film that covers the highs and lows of her career. O’Connor is heard in voice over telling her story while her friends and family fill in details from the outside.

NOTHING COMPARES was the one film within my circle of  that everyone seemed to be looking forward to seeing. Writers, programmers and film fans all wanted to see. The desire to see the film was such that I was afraid that it wouldn’t live up to the hype. I am happy to report that the film is actually quite good.

This is a good film and I need to see it again. Its full of great music and stories but the heavy nature of O’Connor’s life does not make this your typical upbeat music bio. Director Kathryn Ferguson rightly doesn’t try and fashion a shiny happy story. This is the life as lived and as a result we come out of it feeling a deeper respect for the singer. What I like about the film is that the film watching it you come to understand the choices she’s made and understand why she did the things she did. I’m sure that anyone who sees the film will come away with their view changed. She will seem far less crazy then the media has made her out to be.

It’s a super film, though one that required that I go and sit somewhere quiet when it was done because it put me in a place that required contemplation for a while before I could move on.