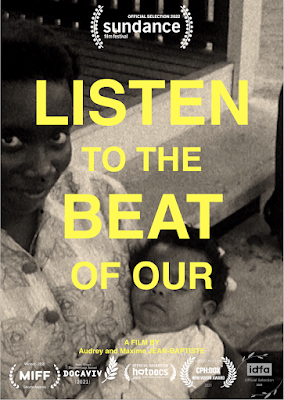 The death of the town of Korou is told by someone who used to live there. The small town in French Guiana was razed by the French government to build a new spaceport after they lost their Algerian complex in that country’s independence.

Made up entirely of archival images the film is a bittersweet affair  about how the world was irrevocably changed by an uncaring government who then tried to fashion a piece of Europe in the jungle. I am haunted by the image of women doing calisthenics in the courtyard of the apartments they built. Its one of the most surreal and out of place images I’ve seen in a long time and even if LISTEN TO THE BEAT weren’t as good as it is I would recommend the film just so you could see it in the context of this tale.