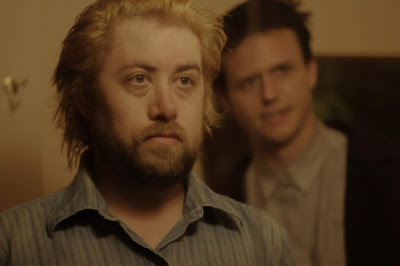 Grumpy photographer  thinks weekend away from his girlfriend will allow him to sit on the couch and watch TV however a friend comes calling asking for his help. The thing is the friend is a ghost

Low key comedy drama  mixes in the supernatural  for a film that hinges on how you react to the two leads. I say this because I was intrigued  by some of the ideas thrown up by the film about ghosts and such, while at the same time I really didn't like either of the characters much.

To be honest I don't think that the film is bad, more that it is really not my cup of inde filmmaking tea.