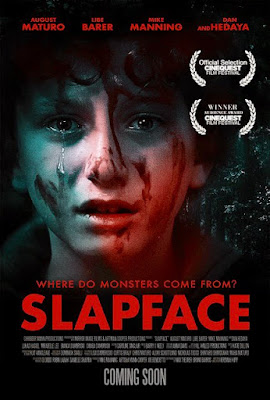 Jerimiah Kipp hits it out of the part with a horror film that transcends the genre to become something greater. This isn't just about scares, but it becomes a film about the things we do having consequences we never could imagine.

Not really a horror film of jump scares this is a film of situational horror. We know what is going on a head of the characters and it ups the tension. we can see that things are going to g wrong, but there is nothing we can do to stop it. We hurt because we like almost everyone on screen and know they don't deserve to die. Indeed some of the deaths make it clear just how wrong the whole situation is.

This film is a stunner. As I have said before numerous times Jerimiah Kipp is one of the best directors working in the genre. His films are always ones that vibrate your soul because he insists on working with great casts who give us great characters. More importantly he makes films that are more than jump scares so they hang around in out hearts.

Highly recommended, SLAPFACE is one of the best horror films of 2021