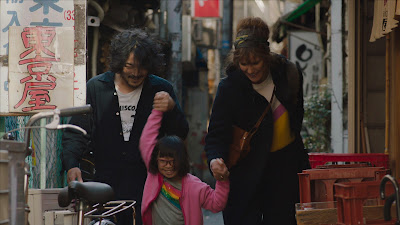 After the death of her husband Chloe travels to Japan on a photo assignment . There she reconnects with Toshi and his young daughter.

This is a sweet little romance with a poor choice for a title (blood, Really?). Its a lovely story about nice people who find each other. Its a beautifully shot to the point that you will want to disappear into the landscape. Rarely has Japan ever felt so inviting.

I love this film a great deal. I love that it doesn't reinvent the wheel, it simply does what it does extremely well with the result being a film we want to curl up with.

If there is anything wrong with the film, aside from a poor choice of a title,  its that the romance between Chloe and Toshi is pretty much a done deal from the first frame. We know its going to happen, we just have to wait for the inevitable, however, its so well done you won't care.