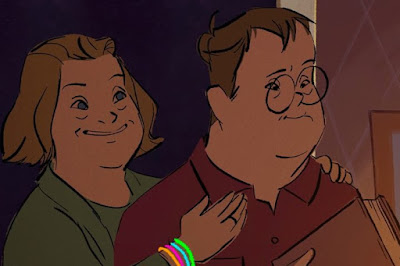 FREEBIRD may end up my favorite film of 2022. It’s early but it’s light years a head of almost everything else I’ve seen this year.

The film is the story of a man with downs syndrome helping his mom and flashing through his whole life. It’s magical beyond words and beautiful in ways you can’t imagine.

It’s a stunner and then some.

I have no idea where it stands for the Oscars and every other damn award but it should win them.

To paraphrase a line in the film- It’s perfect. (Actually blood relative to the opening of UP- not a riff or rip off but a full blooded equal piece of filmmaking)