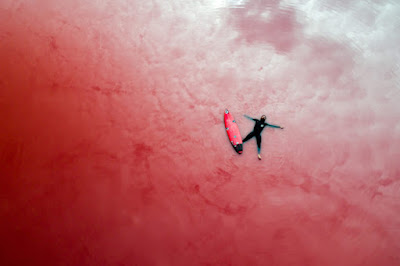 FACING MONSTERS is a portrait of surfer Kerby Brown

I love really good surfing films. I got hooked at my first Tribeca when I saw a film about river surfing knocked my socks off.  Ever since then I am on the look out for films on surfing, particularly at film festivals, because the visuals usually floor me.

As good as Kerby's story is, the chief reason to see this film is the visuals. Containing some of the most amazing images I’ve ever seen in any films the frightening power of the sea is revealed. I couldn’t believe that people would willingly take on waves of the sort we see in this film. It absolutely blew my mind and then some.

I love this film a great deal. I loved it so much I regrated not seeing it before I did the Slamdance curtain raiser because I would have loved to have included it in my list of recommendations.

This film is a stunner on so many levels.