Brief thoughts on The Legend of Vox Machina on Amazon 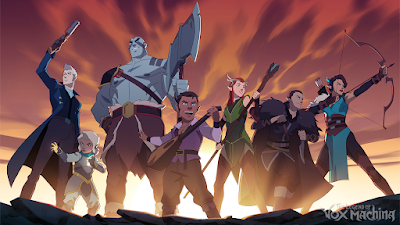 VOX MACHINA is an animated series on Amazon Prime based on the You Tube series from Critical Role that follow the live stream of a bunch of friends playing DUngeons and Dragons. The series gives the games an animated life.

I haven't watched the whole series but I watched enough to know that this is a great deal of fun. I'm currently in the middle of a campaign with several members of the Unseen Films family and some of the inasnity in what we are doing.

If I have any objection to anything in the series its the constant profanity. While I don't mind it there are times when it's over done and exactly how people don't speak.

That said the series is a blast and highly recommended.