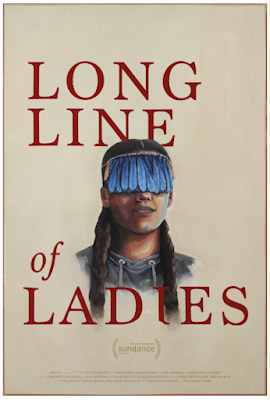 Excellent story of the girls of the Karuk tribe in California. Their ancestors used to do a dance called Ihuk as a way of signaling their passage into womanhood. The dance was stopped during the gold rush days because of the problems it caused. Recently the dance was brought back and we watch as the young woman prepare for the dance.

The first film to go on my list of most beautiful films of the year, this is a little slice of magic. This is a stunning film that speaks volumes about things beyond just the dance. Yes the film is very much about the dance but what it and the women in the film have to say radiates well beyond just being about one thing or one people. This is a film that transcends it subject to be about something more.

How good is the film? I sent off emails to friends who are both covering and not covering Sundance in order to get them to try and cover the film.

It maybe early in 2022 but I suspect that this is going to be one of the films I’ll be thinking about next December.