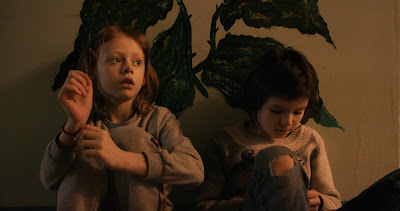 This is the story of a home for children that houses children as a decision is being made about their destination. Some kids have been dumped by their parents who won’t or can’t take care of them. Others have been dropped their by the police or other officials where they will sit until a court makes a determination about where to send them. Will they go back to their parents. a relative or foster home, or will they be shunted into an orphanage and become wards of the state.

The film focuses on the lives of three of the children as well as the social workers who runs the place. As the kids come and go the social workers remain as fixture and a guiding force helping the kids get along, and  change their behavior. Because we like everyone on screen we fall into the film and we hope for the best for all the kids and their care takers.

What makes the film so powerful is the fact that the filmmakers seem to have been given the run of the place. That’s probably not the case but it seems like it since we see the kids be kids in ways that most other films not show us.

I really liked this film a great deal. To me it was one the better films at Sundance. It’s a film that is good enough that I am looking forward to seeing it again when I am away from the festival crush and I can simply see it and take it in on it’s own wonderful terms.