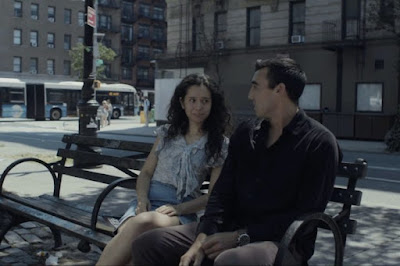 ACTUAL PEOPLE
The life and times of a bunch of college girls in NYC that spins off into romance as Riley becomes interested in a guy from her home town.

I am not sure if I'm the wrong audience for this film being a couple of decades past the age of everyone on screen, or if this look at shallow twenty somethings just isn't good, but I really didn't care much for this film. The problem for me is that its a bunch of shallow characters doing unintesting things.

If these truly are actual people we are doomed. 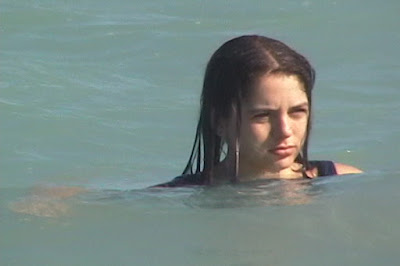 YELLING FIRE IN AN EMPTY THEATER
Despite containing one of my favorite line about NYC  "I can't tell you what you think New York will be, but it won't" this film is a miss. The film has a young woman moving to New York and getting involved with the life of her roommates.

Often looking and acting like a home movie it feels like a bunch of friends just got together and threw something together. Admittedly sometimes those sort of things work, but sometimes they don't. Here the getting everyone together my have filled out the cast but it's also resulted in some uneven performances. It doesn't help that it as shot on grainy video which  makes makes the film feel less good than it is.

While I give the filmmakers a lot of points for getting the film made and into a festival, I have to take a bunch away because the film never quite comes together.