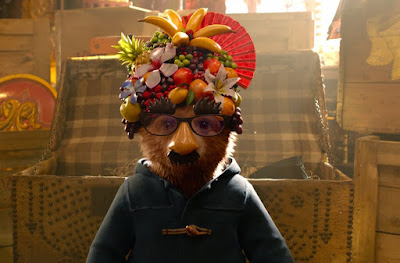 Happy Birthday to Unseen Films. We made it to 12 and we are now damn close to being a teenager.

Yes, now we are twelve.

Happy Birthday to us.

As of today it’s been 12 years since I was sitting at the desk top computer in my father’s room putting together the first posts for Unseen Films. As I have said I had no idea that a few years down the road we’d be doing things we couldn’t have dreamt of on that Saturday in February 2010. I can ‘t imagine where I’d be if I hadn’t started Unseen Films. Not sure if that’s a good thing or bad.

All kidding aside it’s been fun, even if it results in being bone tired and beyond bleary eyed every other week.

To be honest I have no idea where this is going to go. When I started I had certain films I wanted to write up. Then it was trying to do themed weeks. And then slowly I tossed the themes and just when with what came up. I’m at the point where I’m just trying to make sure I’ve had at least one post a day….and 12 years and almost 12,000 pieces later I think we are way beyond a post a day average.

I need to thank and give a big hug to everyone who came along on this crazy ride.

First to the original Unseen Films crew Ken, Eden Randi, John, Bully, the late Reg and Rob who jumped at the chance to play in the sandbox, a massive thank you and no socially distant hug. Your enthusiasm helped push this whole thing forward.

To those who signed up along the way Mondocurry, Mr C, Chocko, Ariela, Hubert, Alec, Peter, Leslie, Nate, Ben  and Kim equally big hugs and thanks for not only joining the site but my close circle of friends. I love you all.

I also need to hug the dickens out of the friends and some time co-conspirators who popped in for a post or two and stayed on the couch, Lesley, Lauren, Jared, Ernie, Lisa and Liz

And I can’t count the people I call friend as a result of Unseen. Not just the PR people and the filmmakers but the regular film fans. I am not going to attempt to name you all because to do so will result in some one’s hurt feelings--and take a couple of weeks

A big hug to everyone.