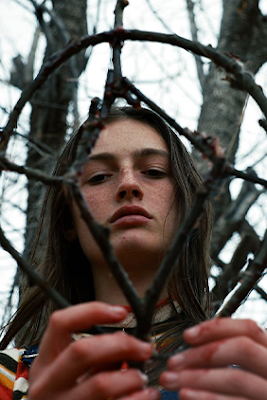 The film that follows is a coming of age story about a young witch being raised and sheltered by some older women. I won’t say any more other than something dark and sinister is going on, and odds are its not what you think.

Made by the same crew as one of my favorite films of the last few years The Deeper You Dig, Hellbender doesn’t behave as you  expect. For the first time outside of a fantasy film magic is deadly, one person is reduced to dust by hand gestures.  This is a film that takes something, witches, that never really were scary and turn them into something truly terrifying.  For the first time I was frightened by a witch tale by what I was seeing and not the obscure threat of the devil. Why no one had ever done this before is beyond me.

This film is great film in so many ways.

As I said I’m not going to spoil it I’m just going to say its one of the best horror films of the year and highly recommended.