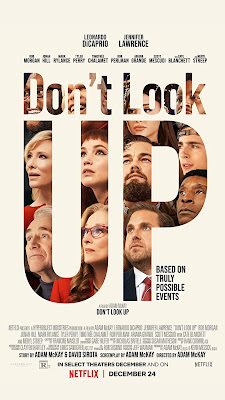 DON'T LOOK UP
A comet is racing toward earth. Can we stop it in time?

Bleak satire is a love it or hate it propsition. It covers the same ground as DEEP IMPCT but with way more jokes. While I like portions of the film, the insitence on making much of it funny left a bad taste in my mouth. Yes, it is funny and on target but frankly after a certain point the film has said what it has to say and then keeps going for another hour and the broad humor is strained. 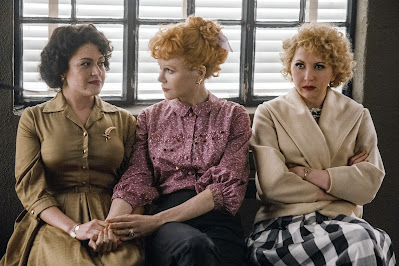 BEING THE RICARDOS
A week in the life of Lucy and Desi  as they fight to keep their show on the air.

Hollywood dress up film has the cast but script that needs roughing up. Aaron Sorkin's script is polished to the point of unreal perfection. Everyone sounds like they are the same person reciting lines.

Good but, nothing special.