Just watch Reacher (2022) when it starts on Amazon 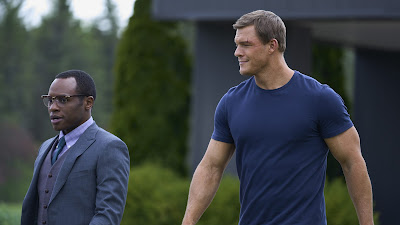 I have seen a chunk of the REACHER series on Amazon and I've enjoyed the hell out of it. If I wasn't in the middle of doing Sundance and Slamdance I would have watched the entire thing.

The series is based upon the first book in Lee Childs long running series that was previously made into two films with Tom Cruise. Its a great series watch that will make you want to see more.

I'm going to leave this piece here partly because I haven't seen the whole series, but also because I am limited in what I can say, there are spoiler restrictions.