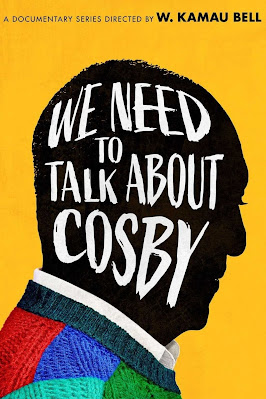 Damning portrait of Bill Cosby, and to a lesser degree, the society that allowed him to fester for decades in Hollywood before finally be revealed as a serial rapist is tough sledding. This four hour film kicks up all sorts of issues, not the least of which being the fact even as Cosby was doing terrible things to women, he was doing a lot of good by promoting education and pushing for civil rights.

This film was one of the films that I had on my short list of films for this years Sundance, however the extreme length and the fact that is was running on Showtime mere days after premiering at the festival had me shifting my viewing plans. Thankfully Showtime made the film available for streaming on demand to those who have the service so I didn’t have to wait four weeks to get to the end.

The film is structured chronologically as a bio of Cosby.  The film is done in such a way that the early part of the film is full of all the good things he was doing, with the stories from the women he raped interspersed where they happened. As the film goes on things slowly get darker, turning completely dark when he gave a speech complaining about poor blacks and fragmented the black community.

This film is a kick in the chest. As a life long Cosby fan, the film makes it hard to watch and listen to his comedy. The decades of good is severely injured by the absolute evil he committed. It makes it hard to be neutral during the film's final minutes where the separation of art and the artist is discussed, largely because Cosby insisted on being everyone's moral compass. How can you separate even the innocent bits with the blackness? Its not always possible. (For those curious what my thoughts are, I wrote a very long piece in 2018 on the very subject which can be found here)

While I do like the film and I am still pondering all of the issues it is kicking up, I do not think the film is perfect. In all honesty the film probably could be trimmed by an hour with out losing anything. If you need an example consider that there is a digression into the Playboy clubs of the 1960's. I know that it's there to show the sexist attitude of the era, however it could be removed and the film would not lose anything. There are a couple of other little bits that could go as well.

Quibbles aside, this is sure to get your mind going and is recommended.