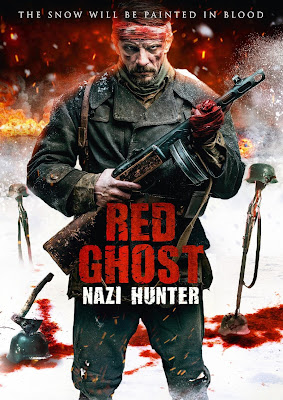 During the German invasion of Russia a lone sniper, Red Ghost is making a mess of the German forces. He seems to appear out of nowhere and kill any German who gets in his sights. When a squad of Russian soldiers end up hold up and surrounded by Germans, their only hope of getting out alive is the mythic Red Ghost.

I liked this film. Seeing at as yet another of the seemingly endless pro-Russia genre films slowly drifting into the American market I found that I was entertained for the 90 or so minutes that it as on.  While its kind of love letter to Soviet Russia, you really can’t take it seriously because the film trudges along with almost every cliché you can think of being dragged along.

High art? Absolutely not, but it is a fine shoot ‘em up of the old school Euro-exploitation sort.