JFK REVISITED THROUGH THE LOOKING GLASS (2021) 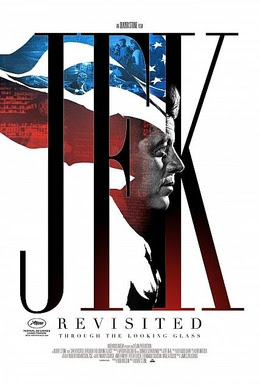 Once more into the JFK rabbit hole dear friends…..

I have been interested in the story of the assassination for decades I used to spend hours with my late friend Lou going over the various twists and bits of information.  I’ve always been looking for some clue as to what happened. Then somewhere about ten years ago I started to back off as it became clear that so much information has been thrown out there that barring a new smoking gun anyone alive on the day could have been drawn into a conspiracy and been made to look like the real killer.  I backed off because it seemed like we might never know.

And it was with that attitude that I stumbled upon Oliver Stone’s latest film on the subject. Currently screening on Showtime It’s a film that looks at recently declassified documents which are coupled with some compelling interviews.  More and more it looks like Oswald really was a patsy and that the CIA had some hand in the killing. While there is no absolute smoking gun it is clear that the CIA was up to no good and worked to hobble any investigation into the shooting. We also have details revealed about Oswald that makes it clear he was a CIA asset and that his defection was part of a deep cover tale the agency was running for some unknown reason.

While the film isn’t perfect, the first half narrated by Whoopi Goldberg about the assassination is better than the second narrated by Donald Sutherland which looks at the games the CIA was playing, it is always thoughtful and compelling. I loved it and I can’t wait to dive in again.