Brief thoughts on Me and the Beasts (2021) Neighboring Scenes 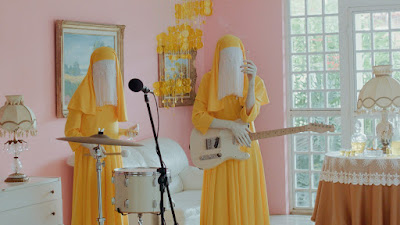 Andres is kicked out of his band for political reasons. As he tries to sort out what to do he encounters some people who make him want to compose new music.

I have been sitting on this review for a while now. While I like the film, I really don't knw what to say about it. The problem is that my thoughts of the film are nonverbal consiting of recalling some of the music and being hanted by the two figures clad in yellow (see above).  Say what you will it's the images that I remember.