Gridlocked On Tour With Briggs(2021) 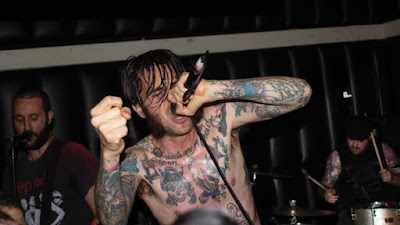 Gridlocked is a great film. Its one of the best music docs that I’ve seen in a long time.

To be honest going into the film I kind of sort of knew The Briggs. Watching the film I recognized some of the music but not enough to put a name with a song. However after seeing the film I was off trying to find some of their albums to download.

The film is a record of the band’s short tour along the West Coast of America. They have a new album coming out and want to play some show to support it. They aren’t sure if this will be their last hurrah, life has over taken their careers, but they want to give it one last go.

The resulting film is a masterpiece of a kind. It’s a portrait of band as a bunch of guys. They are not on, not posturing they are just living life with themselves and their families. Along the way they play some music.  I was delighted because for the first time I was watching a music doc where there was no pretense on any level. It was just friends hanging out and making music. No one person was on because everyone was just being themselves.

And what I love is that despite the guys being a punk band we get to see how good they are just playing music. The film ends with an acoustic song that is just phenomenal.