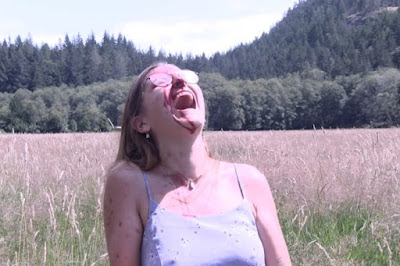 HONEYCOMB
Five young girls go into the wilderness and move into a cabin.

Avalon Fast's first feature has creepy opening moments and a few fleeting one later on, and it shows great promise visuazlly, unfortunately the script she has saddled her self with isn't very good. It is needlessly wordy and overly pretentious to the point I kept mummbling to myself that no one talks like that.

As bad as the script is the filmmaking shows enough promise that I would be interested in what she does next, especilly if she finds someone else to write the script. 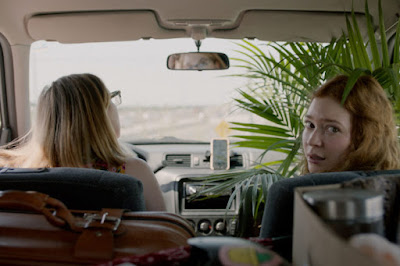 RETROGRADE
A high strung woman is sent spiraling by an traffic ticket.

Okay comedy isseverely hurt by poor shot choices. While I suspect that the covid crisis played a role in the making of the film it resulted in a film that feels stilted and kind of fake. Blame the arrangement of shots which seems static and like tableau.I particularly did not like the fact that all of the shots in the car are from the back seat looking forward. While I could understand it in the early section when we are in a care with items and people, but later on its always the exact shame shot. It kills the interest in the story because it looks dull.