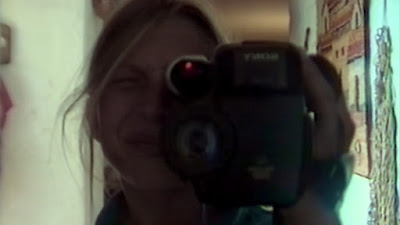 Not long after Natalia Garayalde's family got a video recorder the military factory in her hometown of Río Tercero, and which was hundreds of meters by her house, blew up destroying the factory and the neighborhood. Natalia Garayalde recorded the events. Years later she assembles the footage she shot into a document of what happened.

Frightening verité look at a terrifying event. It’s a you are there look where the intimacy is uncomfortable. I say this because we see things in ways that no news crew would ever show or shoot largely because they would never be instantly on location to see people staggering around in shock and unexploded bombs lying willy nilly. That anyone thought to record is some how a miracle. We the devastation and then Garayalde shifts gears and cuts in footage of the official response. As a result we get a sense of why it happened.

This film is devestating. Its a film that puts us front and center in a way most of us have never experienced. It will rock your world.