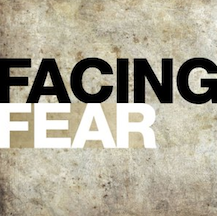 Jason Cohen's Oscar nominated short documentary tells the story of  Matt Boger and Tim Zaal. When they were teens Matt was beat almost to death by Tim and left for dead. 25 years later Matt and Tim met again by accident and over the course of time came to become friends going past the hate that filled their youth.

Solid documentary about how time can change people and if not heal old wounds make them bearable. This is a very good documentary that very much needs to be longer. As compelling as the story is I really would have liked to know more of both of their stories between their fateful meetings. As far as the film is concerned Matt went from street hustler to museum manager in an instant. Tim's transformation from white supremacist to not wanting to be there is  much too brief and chalked up to not liking what his son said. I know that but how did he end up as some one who would speak at Matt's museum?

Don't get me wrong I do like the film a great deal, but I really wanted to love it. Reservations aside you really need to see this since it shows how people can change for the better and how forgiveness can bring you great things, in this case a friend.

The film can currently be seen in one of  two collections of Oscar nominated short documentaries playing in theaters
Posted by Steve Kopian at February 08, 2014